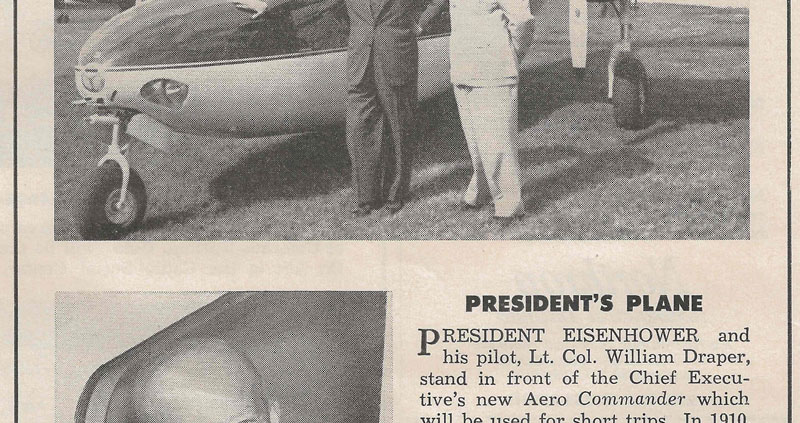 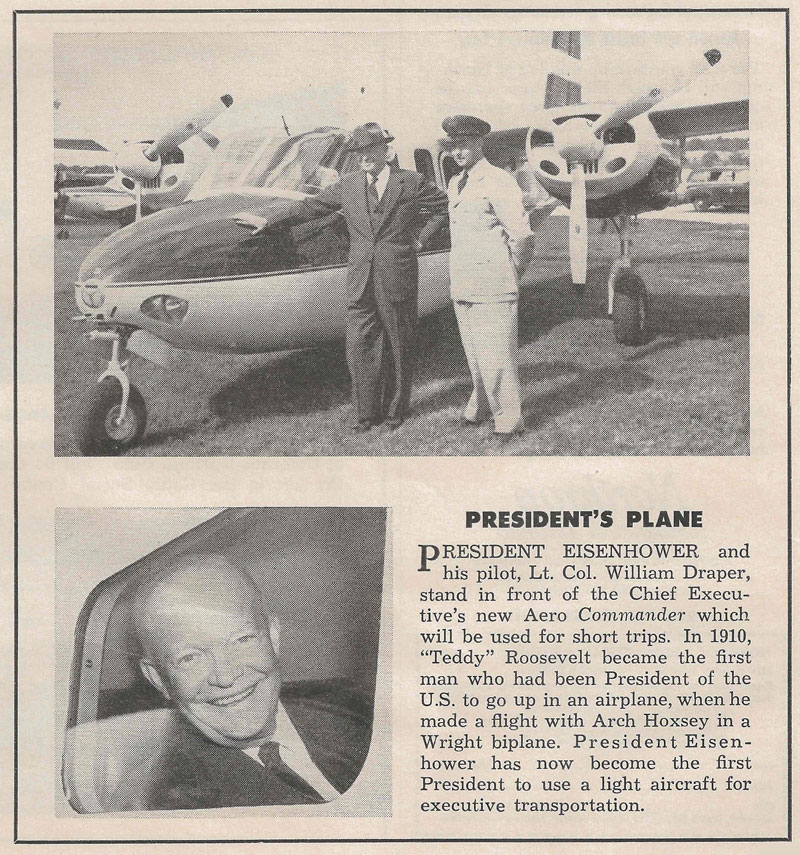 President Eisenhower and his pilot, Lt. Col. William Draper, stand in front of the Chief Executive’s new Aero Commander which will e used for short trips. In 1910, “Teddy” Roosevelt became the first man who had been President of the U.S. to go up in an airplane, when he made a flight with Arch Hoxsey in a Wright biplane. President Eisenhower has now become the first President to use a light aircraft for executive transportation.